“Hey, look at me!” 我的機會也是我自己去創造出來的

From Physician to Entrepreneur

Dr. Jesse Chuang, the founder of Ma Cherie Post-Partum Center, is taking time from his hectic schedule to meet with us today for this interview, and relating to us about his Company, life and principles.  Previously, Jesse was an OBGYN doctor at the McKay and Shin Kong Hospitals in Taipei.  On a very hot, humid summer day, we hear first Jesse’s laughter, which seems to brighten our day and provide some needed energy.

Jesse begins, “I originally had great interest in interior design, so it’s quite different how my life evolved.  I feel that the development of my life can be described as “non-mainstream”.  Although I was born in Taiwan, my parents had business all over the world, so I accompanied them to many different countries.  My childhood was primarily spent in South America – I attended grade school in Paraguay and Brazil.  I am fluent in Spanish, but only speak a little Portuguese.  Then I traveled with my parents to Japan and the Philippines, where I received my medical doctor’s degree.  However, while I had an interest in interior design, most of my Taiwanese relatives were in medicine, and my parents felt that this was the most appropriate profession for me.”

Jesse continues, “I worked as a physician at Shin Kong Hospital for 12 years.  Then, because of my varied background and interests, and flexible approach to life, Shin Kong asked me to attend meetings on their behalf to understand how to operate a post-partum center.  It was the Hospital’s decision not to pursue this project further.  However, I saw the great potential that this opportunity presented, and I made the decision to develop in the field of business, rather than further my medical career.  I then resigned my position as a physician at the hospital and began my business career.  Coincidentally, a large, suitable space to develop my first post-partum center became available next to the Hospital.  Not thinking about it too much, I used my house as collateral to obtain a loan to invest in this property.

“When starting a business, don’t think too much, just get started!”

Jesse explains with a chuckle, “Twelve years ago, there weren’t many post-partum centers in Taiwan, so business was good.  When I first started, it only took 2 weeks to fill my 20-rooms post-partum center.  Because at the time I was only in my early 30s, I did not take into too much consideration the risks involved with changing careers, and then starting a relatively new business.”

“Most of our post-partum centers average between 20 to 30 rooms.  Since 2006, we have been expanding our operation by one center every 2 years; so now we have a total of 7 post-partum centers.  Shin Kong Hospital is also a key investor in our operation, which is a great advantage.  Presently, we are considering expanding overseas, and are even talking with some interested French investors.

“Does the decline of the birthrate in Taiwan negatively impact the post-partum business?”

Jesse replies, “While the reproductive rates in Taiwan have dropped to less than 1 child per couple, the post-partum business is still expanding.  Twelve years ago, out of 100 births, about 13% to 15% of the mothers would choose to use the services of a post-partum center.  However, now about 6 women in 10, or 60% of the new mothers chose to use the post-partum services.  In addition, with this business (as with other successful businesses) there is more competition, which drives the prices for these services down.  Therefore, at this time our business outlook is optimistic.”

As a physician, your main responsibility is the health of the patient and using all methods and medicines available to allow your patient return to good health.  However, as the head of a corporation, you have many rules and regulations to abide by, personnel to lead and be responsible for, and many different responsibilities to cover.  As medicine has developed over the years, there are many diagnoses, test equipment, medicine and procedures to overcome illness and injury.  However, in corporate business, there are disparate responsibilities, including, finance, human resources, marketing, sales, plant, etc. which must be considered – – – and there are no “standard” or “correct” methodologies to address every situation in a corporate environment.

“In the last 12 years of the development of Ma Cherie, I am most grateful to my staff who has shared my challenges.”

Jesse relates to us two of his most memorable experiences,

“The purpose of a post-partum center is to provide a safe and comfortable environment for the newborn baby and mother to gain strength following childbirth, and to minimize any complications.  One of my deepest recollections was when one of our nurses noticed that one particular baby did not exhibit the proper coloration of a newborn baby.   Immediately, the doctors were advised and the baby was sent to a hospital, where it was discovered that it was suffering from BACH (an infant-related disease of the gall and liver).  Surgery was immediately conducted on the baby, and fortunately, the baby returned to normal.  The thankful, happy face of the mother when she saw her baby again is an indelible memory in my mind.

In another incident, there was a newborn mother who was bleeding profusely.  She was immediately sent to the hospital, where they discovered that the placenta was only partially removed, which caused the bleeding.  This condition was corrected, and the mother was able to return to our Center to properly recuperate.

The happy outcome of both of these incidents was due primarily to the attention of my diligent and caring staff, who really have the health and safety of the newborn babies and mothers in heart.”

Jesse also related that his dreams of being an interior designer have been somewhat fulfilled by his participation in the interior designs of his 7 post-partum centers.

“Hey, look at me – I took advantage of the opportunities presented to me”

Jesse states, “I often tell my younger staff that if you want to accomplish something, don’t be afraid of a challenge or difficulties, as this is normal for any new idea or business.  You just have to make the good effort.  However, sometimes young people remark that there were more opportunities in the era that I grew-up.  My response to that is that every era has great opportunities, if you just open your eyes and mind to the possibilities.  Never give up!

In my case, if I didn’t have 12 years of experience working as a doctor in a hospital, or working long hours in the Emergency Room, I may not have gotten the idea to start my own business.”

Throughout the interview, Jesse is smiling, cheerful, and upbeat.  However, Jesse’s happy personality masks the challenges and difficulties that he had to overcome in order to be successful in business.  Perhaps many people envy Jesse’s opportunities to grow-up and be educated in foreign countries, but they also may not have taken into consideration the difficulties of being a child in a totally different culture, and the innate prejudices that Jesse may have encountered.

Jesse remarks, “Of course, I encountered prejudice, but those things are in the past.  I remember when I was in grade school, I was on my way to a friend’s house to practice playing the guitar.  While I was walking, I was surrounded by a group of six boys.  My first reaction was to fight, but the biggest boy kicked me in the face, much to my surprise.  That was the end of my fighting career.  I was still shaking when I arrived at my friend’s home.  I later learned that the safest tactic, if I was accosted by unfriendly boys, was to run to the roadside, so that drivers would see me being bullied, and honk their horns to scare the attackers away.

This little story can be related to business opportunity and development.  It is important to be aware of your surroundings, the people that you are dealing with, and potential opportunities that may come your way.  The fact that Doctor Jesse Chuang was raised overseas, perhaps enhanced his abilities to analyze various situations, and was one of the reasons that he was able to successfully pursue two different careers, and making a successful transition from one profession to another. 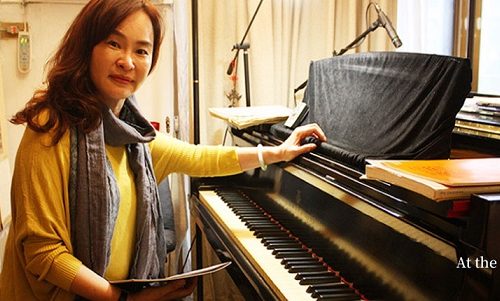